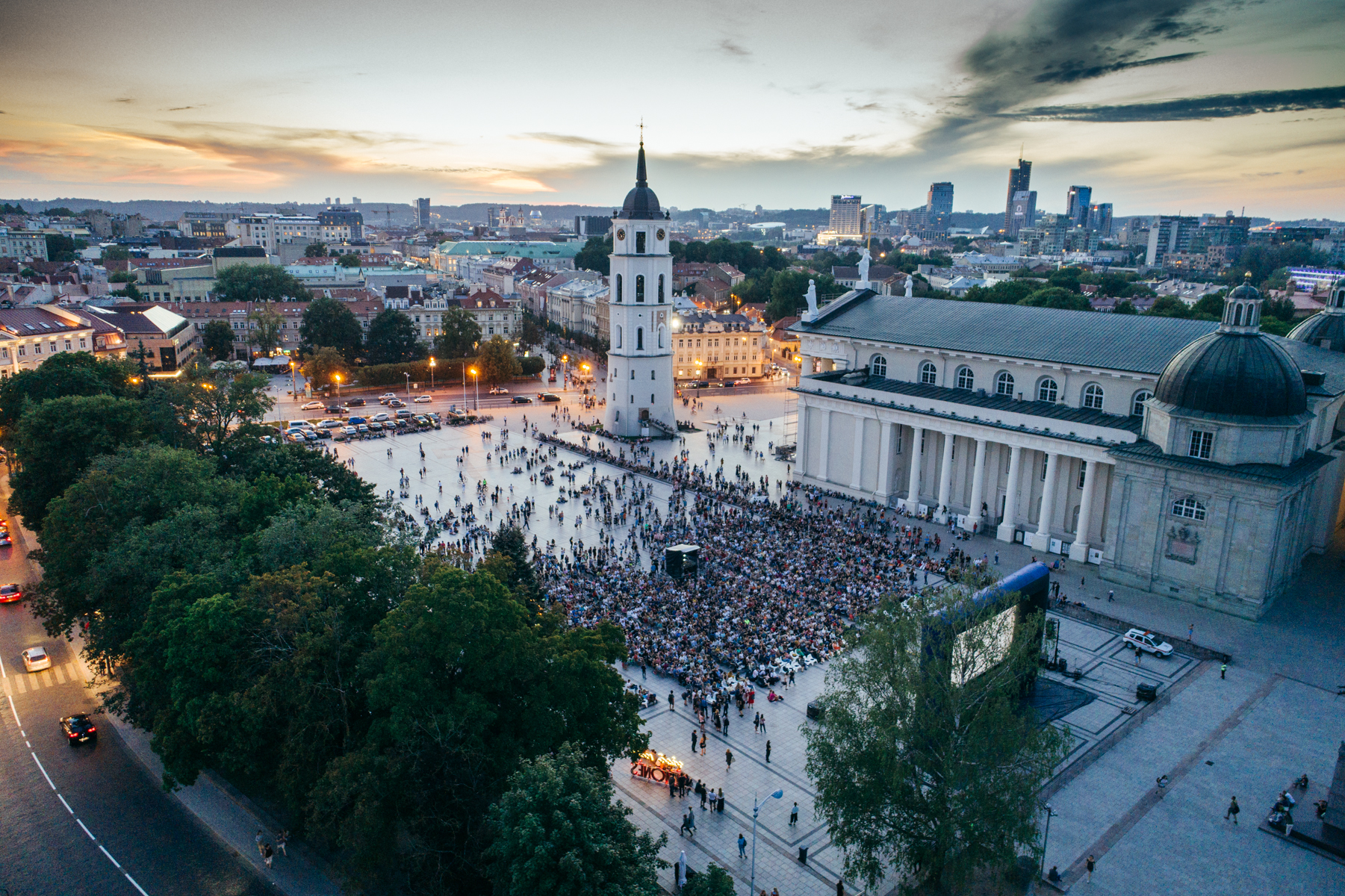 THIS YEAR, “CINEMA UNDER THE STARS,” WHICH FOR ALMOST A DECADE HAS BEEN ORGANIZING THE OUTDOOR FILMS, TOGETHER WITH THE LITHUANIAN FILM CENTER PRESENTS A SPECIAL INITIATIVE – SCREENING OF A LITHUANIAN CLASSIC FILM TO UNITE WORLD LITHUANIANS.

On August 5, the “Lithuanian Film Night” will screen one of the most beautiful Lithuanian films, the restored version of Walnut Bread by Arūnas Žebriūnas (1978) in Lithuania and abroad. The Cathedral Square in Vilnius was chosen for the event, but this classic movie will be simultaneously played in Kaunas, Panevėžys, Alytus, Druskininkai, Nida, and many other places.

“Last year, we organized a free screening of Raimundas Banionis' Children from the Hotel America in the Cathedral Square in Vilnius, and we saw that people have been longing for Lithuanian classic movies. We started discussing how to bring this experience to an even larger group of people. This is how the idea of bringing everybody together to watch a Lithuanian movie was born,” Andrė Balžekienė, director of “Cinema Under the Stars,” says.

Various communities immediately expressed their interest in the initiative. The “Lithuanian Film Night” screenings will take place not only in major cities, such as Vilnius, Kaunas, Panevėžys, or Alytus, but also in Druskininkai, Palanga, Jurbarkas, Raseiniai, Anykščiai, Pasvalys, Kupiškis, Neringa, Žiežmariai, Baisiogala, Nida, Gelgaudiškis, Žemaičių Kalvarija, and Salos. More than 50 cities and towns have already agreed to host the “Lithuanian Film Night.” The organizers are inviting everyone in Lithuania or abroad to join the initiative.

The “Lithuanian Film Night” is organized in cooperation with the Lithuanian Film Center, which has for many years been engaged in heritage restoration and its dissemination to the public.

“Big cities in Europe like London or Paris have been showing their film classics outdoors for a very long time. It is great that classic movies are being watched again in Lithuania and that we can present the most important and the highest quality films,” says Dovilė Butnoriūtė, head of the Film Distribution, Information and Heritage Department of the Lithuanian Film Center. “The older generation of viewers has a very strong emotional connection with the canonic Lithuanian films. However, it is equally important to introduce the younger generation to them. At the “Lithuanian Film Night,” you will see a movie that excites everyone. I warmly invite everyone to watch it with the entire family.”

“Walnut Bread,” based on the novel by Saulius Šaltenis, tells the story of two families and depicts the love story between Liuka and Andrius. The film made in 1978, is an exceptional film and full of irony. The love story of the main characters, Liuka and Andrius, played by Elvyra Piškinaitė and Algirdas Latėnas went beyond the filming. The actors recently celebrated their 40th marriage anniversary.

All “Lithuanian Film Night” screenings are free. The movie will be screened in the original language with English subtitles. “Walnut Bread” will also be available online on August 5 free of charge worldwide on the “ŽMONĖS Cinema” website (www.zmonescinema.lt). The tenth season of “Cinema Under the Stars” will run from August 6 to September 6, in the courtyard of the Palace of the Grand Dukes of Lithuania.